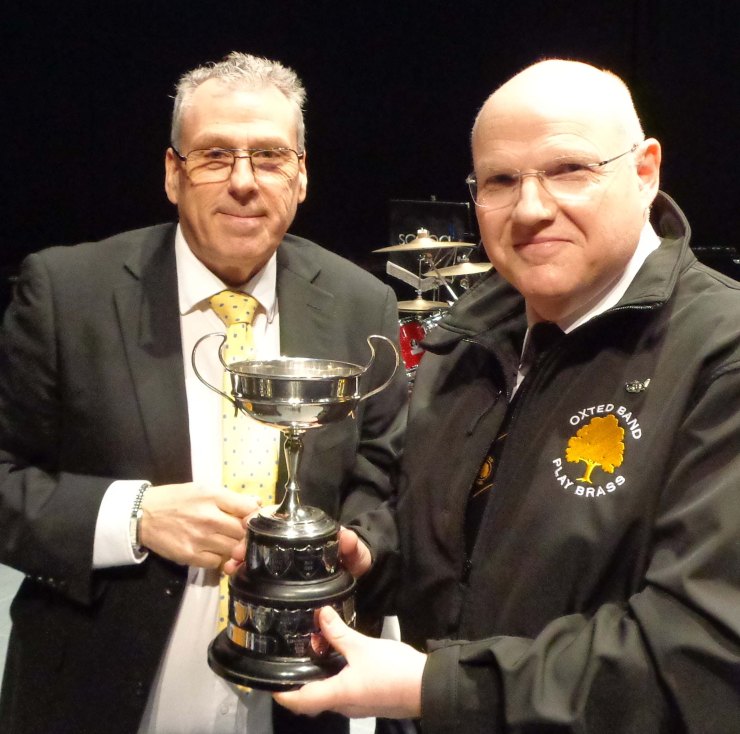 Originally known as The Oxted and District Prize Band, taking part in contests goes right back in the history of our band. However, for many years from the seventies into the early 2000’s, the band had been away from the contest arena.

After some success in the late 2000’s, we returned to the contest stage at the 2017 Scaba Spring contest after a few years away and were very happy to come home with a good result. Playing in the 3rd Section we achieved 3rd place with our test piece, Music of a Legacy, and were excited to win the Best March, playing Spirit of Joy.

Following the closure of the Scaba registry, we now find ourselves without a grading, and therefore for 2018 we took part in the ungraded section of the Scaba Spring contest. Playing against two other local bands, we were delighted to come away with 1st place for both our march, Rosehill, and our test piece, Canadian Folk Song Suite. Our Musical Director, Darrell, also brought home the conductor’s prize, whilst our Principal Cornet, Kevin, won the ‘Best Instrumentalist’ prize (Kevin is pictured collecting his prize!)